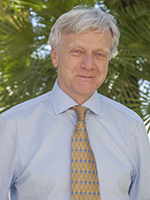 Andy received an M.S. in Computer Engineering from Carnegie Mellon University in 1976 and was a Ph.D. Student at Stanford University from 1977 until 1982. He was co-awarded the prestigious "EY 2015 Entrepreneur of the Year" across National USA.